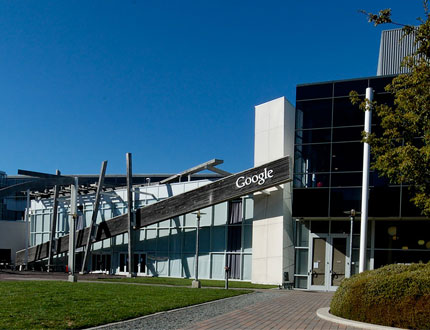 Company names are so much more than just letters and a logo. A good name captures the very spirit of a brand and makes it memorable.

We are accustomed to famous brand names like Google, Starbucks and Apple. We rarely put much thought into their history or how they became the giants they are today, let alone how they came to be known by those names.

There’s little doubt many that there are many ways that companies choose their names. But, there are some extraordinary stories of how some famous brands ended up with theirs.


Google – From Typo to Tech Giant

Thanks to an error during a domain search, Google was born. There is more to the story – it was first called BackRub by the founders who then thought of calling it GoogolPlex. Googol is 10 to the power of 100, while GoogolPlex is 10 to the power of Googol. The founders’ friend, Sean, was tasked with searching for the domain googol.com and instead typed google.com. Now you know how Google came about, and we have Sean to thank.

Steve Jobs hadn’t talked for a long time about how the name Apple came about. In his biography by Walter Isaacson, he revealed that Apple was named after one of the fruitarian diets that he was on at the time. He had just returned from an apple farm visit and felt that the name Apple was ‘fun, spirited and not intimidating’.

Lego – A Play On Words

The world’s top game maker’s name came from an interesting background. The founder of LEGO, Kirk Christiansen, took the first two letters from the Danish words ‘ LEG GODT’ which means ‘I Play Well’ and LEGO was born. But Kirk wasn’t aware at the time that LEGO is also Latin for ‘I Put Together’, making it the perfect name for this toy.

Nike – So Much Cooler Than Dimension Six

One of the world’s top sports brand was named after Nike, the goddess of Victory. It nearly got another name, Nike was almost called Dimension Six, allegedly because the CEO, Phil Knight, was a fan of the band The 5th Dimension. When the name Nike was floated, Knight did not like it and said they would test it out for a little while. We’re glad the name stuck.

Amazon – Because There’s No Confusing it With a Dead Body

Jeff Bezos initially wanted to call Amazon Cadabra.com, from the magical chant ‘Abracadabra’. He then got worried that people would mispronounce this to Cadaver.com. He then wanted to name the company with a brand name starting with the letter A, such as Aard.com so as to be at the top of website listings. He then settled on Amazon.com – but he still has Cadabra.com registered.

Spotify – That’s Not What I Heard

One of the world’s top music streaming sites has its origins in Stockholm, Sweden. The founders were sitting around discussing suggestions when one of the suggestions was misheard as ‘Spotify’. They took the name and quickly registered. As the brand grew, the new narrative changed to the fact that Spotify is derived from the words ‘Spot’ and ‘Identify’.

Virgin – Because It’s All New To Us

Sir Richard Branson believes that a great name is a difference between success and failure when it comes to business. Sir Branson and his friends were sitting around thinking up names for their music company, and names like Slipped Disk record came up. They finally settled on Virgin because they were all new to the world of business. The name Virgin has its tentacles in various businesses, including the airline industry.

Coca-Cola – Because War Is Hell

Former army doctor and father of the most famous soft drink in the world, John Pemberton wanted to make his life better after a war injury had him addicted to Morphine. He came up with a carbonated drink made of coca leaves and kola nuts and sold it for 5 cents. His partner, Frank Robinson suggested the name Coca Kola after the 2 main ingredients, but Pemberton changed the K in Kola to a C, because he felt it had a nicer ring to it.

Volkswagen – Because Hitler Said So

Adolf Hitler asked Porsche founder, Ferdinand Porsche, to create a budget family vehicle that could be used by the German people. The Volkswagen Beetle was then manufactured and used during World War II until its original factory was destroyed in the war. Volkswagen basically means ‘the people’s car’ and mass production only started after the war.

This is a company whose name was inspired by a literary classic, Moby Dick. In the book, the whale-ship Pequod’s first mate was called Starbuck. The company was started by three men, one of them being a writer. He looked at an old mining map and saw Starbo, a town in the map. Reminding him of Starbuck from Moby Dick, he felt the name suited their coffee shop. They added the ‘s’ at the end and the rest is caffeinated history.

How to Come Up with A Business Name

These top companies went through different journeys to come to the brand name they are known by today. There are a few tips to try out when coming up with the next potential big company name.