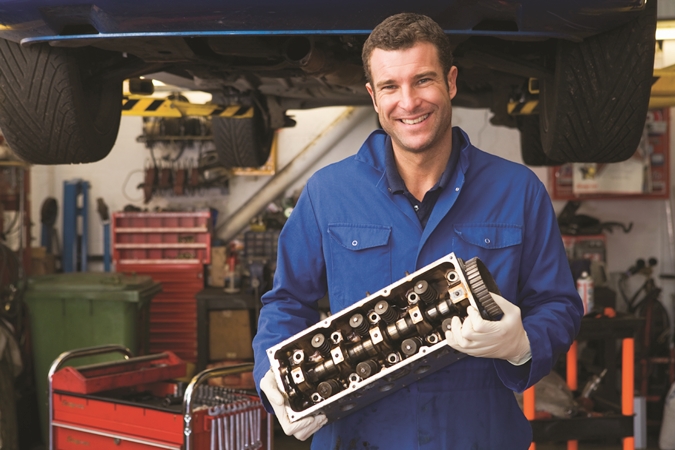 Safety in the Automotive Workplace

Mechanics work in a pretty tough environment with chemicals, high temperatures, heavy machinery, tight spaces, and all under a tight deadline.

To keep you performing safely in your workplace Alsco offers the Ecosafe Washer, reducing one more burden on employees. The Ecosafe Washer reduces chemical exposure in many workplaces around New Zealand.

Acetone is a colorless, mobile, flammable liquid. It is the simplest example of the ketones. Acetone is miscible with water, ethanol, ether, etc., and itself serves as an important solvent.

The most common hazard associated with acetone is its extreme flammability. Acetone is an irritant and inhalation may lead to hepatotoxic effects (causing liver damage). The vapors should be avoided. In no circumstance should it be consumed directly or indirectly. Always use goggles when handling acetone; it can cause permanent eye damage (corneal clouding).

Acetonitrile (ACN) is the chemical compound with formula CH3CN. This colorless liquid is the simplest organic nitrile and is widely used as a solvent.

Acetonitrile itself has only a modest toxicity, but it can be metabolized to produce hydrogen cyanide, which is the source of the observed toxic effects. The symptoms, which do not usually appear for several hours after the exposure, include breathing difficulties, slow pulse rate, nausea and vomiting: convulsions and coma can occur in serious cases, followed by death from respiratory failure.

Ammonia is a colorless gas with a very distinct odor. This odor is familiar to many people because ammonia is used in smelling salts, many household and industrial cleaners, and window-cleaning products. Ammonia gas can be dissolved in water. This kind of ammonia is called liquid ammonia or aqueous ammonia. Once exposed to open air, liquid ammonia quickly turns into a gas.

The gas is flammable and can form explosive mixtures with air (16–25%). The ammonia vapor from concentrated ammonia solutions is severely irritating to the eyes and the respiratory tract, and these solutions should only be handled in a fume hood.

Benzene is a colorless liquid with a sweet odor. It evaporates into the air very quickly and dissolves slightly in water. It is highly flammable and is formed from both natural processes and human activities.

Chloroform (formula CHCl3) is a colorless liquid with a pleasant, nonirritating odor and a slightly sweet taste. It will burn only when it reaches very high temperatures.

As might be expected for an anesthetic, inhaling chloroform vapors depresses the central nervous system. It is reasonably anticipated to be a human carcinogen. Animal studies have shown that miscarriages occur in rats and mice.

Dichloromethane (DCM) or methylene chloride is the chemical compound with the formula CH2Cl2. It is a colorless, volatile liquid with a moderately sweet aroma. It is widely used as a solvent, the general view being that it is one of the less harmful of the chlorocarbons.

Dimethylformamide is the organic compound with the formula (CH3)2NC(O)H. Commonly abbreviated DMF, this colourless liquid is miscible with water and the majority of organic liquids. DMF is a common solvent for chemical reactions.

DMF has been linked to cancer in humans, and it is thought to cause birth defects. In some sectors of industry women are banned from working with DMF. For many reactions, it can be replaced with dimethyl sulfoxide. Most manufacturers of DMF list (Life) or (Chronic) as a health hazard in their MSDS since DMF is not readily disposed of by the body. According to IARC, DMF is a possible carcinogen.

Ethyl acetate is the organic compound with the formula CH3COOCH2CH3. This colorless liquid has a characteristic, not unpleasant smell.

Toxicity to humans, including carcinogenicity, reproductive and developmental toxicity, neurotoxicity, and acute toxicity.

Hexane is an alkane hydrocarbon with the chemical formula CH3(CH2)4CH3. The “hex” prefix refers to its six carbons, while the “ane” ending indicates that its carbons are connected by single bonds. Hexane is used in solvents to extract oils for cooking and as a cleansing agent for shoe, furniture and textile manufacturing. In laboratories, hexane is used to extract oil and grease from water and soil before determination by gravimetric analysis or gas chromatography.

Exposure to hexane shows acute toxicity, mild anesthetic. Inhalation of high concentrations produces first a state of mild euphoria, followed by somnolence with headaches and nausea. Chronic intoxication with symptoms like tingling and cramps in the arms and legs, followed by general muscular weakness. The neuropathic toxicity of n-hexane in humans is well known; cases of polyneuropathy have typically occurred in humans chronically exposed to higher levels of n-hexane.

Methanol, is a chemical compound with chemical formula CH3OH (often abbreviated MeOH). It is the simplest alcohol, and is a light, volatile, colorless, flammable, poisonous liquid with a distinctive odor that is somewhat milder and sweeter than ethanol (ethyl alcohol).

Methanol is toxic by two mechanisms. Firstly, methanol (whether it enters the body by ingestion, inhalation, or absorption through the skin) can be fatal due to its CNS depressant properties in the same manner as ethanol poisoning. Secondly, in a process of toxication, it is metabolized to formic acid (which is present as the formate ion) via formaldehyde in a process initiated by the enzyme alcohol dehydrogenase in the liver.

Pyridine is a chemical compound with the formula C5H5N. It is a liquid with a distinctively putrid, fish-like odour. Pyridine is a simple and fundamentally important heterocyclic aromatic organic compound.

The LD50 in rats (oral) is 891 mg kg–1. It is volatile and can be absorbed through skin. Available data indicate that “exposure to pyridine in drinking-water led to reduction of sperm motility at all dose levels in mice and increased estrous cycle length at the highest dose level in rats”.

We guarantee 100% privacy. Your information will never be shared.

Check out these high-quality, downloadable and printable hygiene and washroom posters and signs. View all downloads

Check out these high-quality, downloadable and printable first aid posters and signs. View all downloads