Home » Doing Business in Japan: Etiquette Rules You Should Know

Doing Business in Japan: Etiquette Rules You Should Know 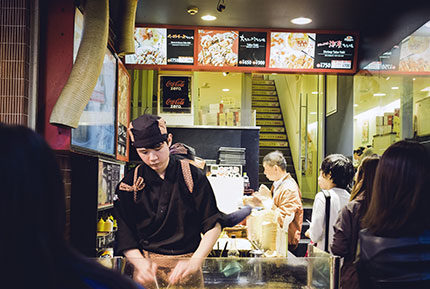 Japan is a nation of culture, tradition and booming business. Japan is the 11th most populous nation in the world with a population of around 127 million people.

Japan has risen to be the third-largest economy in the world (as of 2017) with a national GDP of $4.73 trillion.

It is also an exporting giant that was huge on nuclear power and is now a large importer of oil.

Business in Japan is big, which means the nation interacts with businesspeople from all over the world.

It’s important for anyone who conducts business in Japan to be aware of a few etiquette rules.

Starting a Business in Japan

With a growing economy and favourable business conditions in Japan, it’s relatively easy to start a business. However, it must be unique and benefit the people of Japan. With a solid business plan, you should be able to start making profits in 12 to 18 months.

For almost three decades, there has been a sharp drop in office space rent. In addition, people no longer expect the wages growth common in the past. This could change with the upcoming 2020 Tokyo Summer Olympics. As it approaches, there will be a high demand for multilingual workers and business opportunities.

Men should wear navy business suits while women should wear a formal work suit. It’s considered a sign of disrespect to dress casually in the business world. You should also remove your coat before you enter a business meeting and sling it over your arm.

You may be in a meeting location where you need to remove your shoes, so slip-on shoes are the best option.

Respect is revered in Japan, and it is considered offensive for a woman to wear trousers to a business meeting. Women often also wear as little jewellery as possible and low-heeled shoes to avoid towering over the men in the meeting.

Greetings: ‘O-genki desu ka’ is the formal way to ask someone ‘How are you?’ in Japanese. The customary greeting is usually a bow. It is seen as respectful: The lower the bow, the more respect you exude. When bowing, keep your eyes low and your open palms on your thighs.

When considering doing business in Japan, respect is important. You should learn formal greetings in a formal or business setting. This is because each type of greeting also has an informal version that could be considered disrespectful. Keep in mind that the seniority of the people in the room will determine the type of greeting to use.

Seating Arrangement: When it comes to seating arrangements, social status is very important. In many countries, seating during meetings is not treated as seriously as in Japan. Keeping this in mind will ensure that your business meeting goes ahead smoothly.

The most common way of sitting is in a round-table type of setting. The leader of the meeting will sit at the centre of the room and the most senior people in the room will sit next to the leader. The head of the meeting, usually the CEO or Chairman of the host company, will be seated at the head of the table while the person next in stature will sit next to the CEO, and so on.

Guests must wait for a go-ahead from the host or meeting leader to take their seats as a sign of respect. In the same vein, guests will stand only after the leader stands.

Refreshments: When the tea is offered, it’s considered a sign of respect if you wait to take a sip after the host has taken their first drink. This may seem like a minor detail, but it will demonstrate your respect for the occasion.

Meeting Conclusion: When the meeting is starting, place your business card on the table. This is a rather complex action which we will touch on later, but business cards show that you are a serious business person. Show pride in your business and resist bad-mouthing competitors to earn a seat at the business table.

When it’s time to leave, it’s a polite gesture if you respectfully bow until the guests get into the elevator and it closes behind them. Entering the elevator after the meeting also demands that the person with the highest stature enters first and so on.

If in a different setting like a restaurant, you can bow until the door closes.

A business card, or ‘meishi’, is an important part of any business meeting or deal. No business will be conducted before business cards are successfully exchanged. When doing business in Japan, you must remember the language factor.

Print out cards with one side in English and the other in Japanese. They must have the business person or ‘sarariman’, name, title and address of the business. There are many agencies that will create professionally translated cards with the right typesetting. A wrongly set card could throw your meeting into disarray before it even begins.

When offering your card, do so with both hands with the side written in Japanese facing upwards. Make sure that the cards you hand over are crisp and clean. When handing over a business card, put yours under your counterpart’s card. Failure to do so can be assumed that you do not consider that other person’s card as important.

When you receive the other party’s card, do not write on it or put it in your pocket or wallet. In addition, do not stack cards in the presence of the host. Business cards are a representation of the individuals in the room; therefore, you can place them one next to the other on the table until the meeting is done.

You should study it and admire it as a sign of respect.

During a business meeting, teamwork or group effort is respected more than individual achievement. Being part of a team, whether at work or in business, means that you must represent and be a spokesperson for your team everywhere you go.

When talking about your company or business, focus on discussions that show the strength of your team, as this could go a long way in sealing the deal.

While we may have learnt that building rapport using small talk is encouraged in business, it’s the complete opposite in Japan. Silence is considered to be more credible than excess talk. Japanese culture believes that silence is golden and it shows that you are a credible business.

The Japanese appreciate discussing business deals at length, with a consensus between all parties ending the deal. They prefer to walk through all the details of the deal on the table.

The Western way of aggressive, elevator-pitch business deals is not appreciated, so go with the flow and reap the benefits in the long-run.

Handling the Business at Hand

In Japan, there are a few mannerisms that are usually followed and can be considered disrespectful if broken. For example, avoid using large hand gestures and instead respect everyone’s private space. Using smaller or no hand gestures shows that you respect the senior people in the room and the business at hand.

You should also avoid pointing because in many cultures it is considered rude.

When attending the meeting, show up at least 10 minutes early to show your interest in the business ahead of you. This will give you time to learn more about the meeting attendees (like who will be the most senior attendee). It will also allow you to put finishing touches to your presentation if necessary.

Japanese businesspeople are usually on tight schedules and rather strict on time, so stick to the time stipulated for the meeting.

For every presentation, send in a prior copy of the presentation to all parties to prepare them in advance. The presentation must be translated into Japanese. During the meeting, take as many notes as possible to show interest in the proceedings. At the initial training sessions in companies, staff are trained to note down everything.

Show Your Appreciation With a Gift

In many parts of the world, Japan included, a little gift of appreciation is a great way to win over anyone in a business or social setting. You can give a gift, or omiyage, from your home country as a way to exchange cultures. This is a perfect way to teach your hosts something about your own culture.

However, you must be careful with the types of gifts you offer to a business associate.

First, make sure the gift is wrapped, as they value the wrapping sometimes more than the gift itself. When offered a gift, appreciate it with compliments and awe and only unwrap it when you have left the meeting venue.

When handing over the gift, do so with both hands (a bow depending on the seniority of the receiver is an added bonus). Regardless of the size or type of gift, it is considered respectful to accept it with the same excitement.

Examples of gifts include quality liquor, sweets or top-choice beef, among others. You can think of such gifts or cultural artefacts from your home country to offer to your hosts.

There is no limit to the type of formal gift you can give in a business setting, but there is one rule you must not forget: do not give anything in fours. The number four is considered taboo in Japanese culture because its translation sounds close to a phrase which means ‘death’ — ‘shuh shuh’.

In conclusion, respect for the Japanese culture, even in business is key. Taking the time to learn about how things are done in Japan will help assure you of success when doing business.