Home » Can You Use a Defibrillator on a Patient with a Pacemaker?

Can You Use a Defibrillator on a Patient with a Pacemaker? 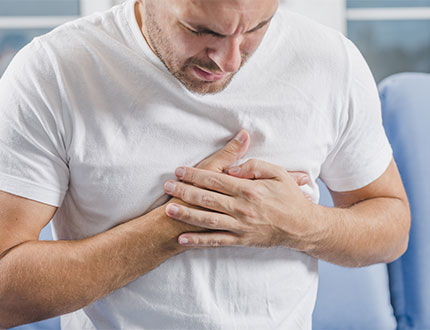 If it is absolutely necessary, a defibrillator has to be used on a person with a pacemaker.

Most likely, if the person with the pacemaker has suffered a cardiac arrest, their pacemaker is already not working.

The concerns are that the Automatic External Defibrillator will interfere with the pacemaker and that the heart will not be able to resume its normal function.

However, that doesn’t happen if you are careful.

AED is still the most effective resource in case of sudden cardiac arrest. Once the Sudden Cardiac Arrest – SCA happens, the affected person has around 10% for survival if they are only given CPR.

However, if the defibrillator is used in combination with CPR, the chances of survival rise dramatically. Some sources suggest up to 75%.

Therefore, every workplace in New Zealand should have an AED. There is no excuse for not stocking it given you don’t even have to pay a large investment upfront. Rent them from Alsco New Zealand for a monthly fee.

What Is a Pacemaker?

The pacemaker is an implanted, little device that takes care of the regular heart rate of a person. Its implantation requires surgery during which it is positioned near the heart or in the abdomen. The surgery is not difficult and it can even be performed in local anaesthesia.

The pacemaker releases low electrical impulses to the heart, making sure that the heart is pumping the blood at a regular pace. It serves to regulate any kind of arrhythmia and allow people with heart conditions live normal, active lives.

That is why there is a concern that the AED will do more damage than good for somebody with a pacemaker, since there is an electrical shock involved. However, if the pacemaker is operational, it is most likely that the person wouldn’t be in the state of SCA.

AED does not create the most ideal conditions for the pacemaker, but its use is the best chance a patient has for survival.

How to Use an AED on a Person with a Pacemaker?

When a person has a pacemaker, the AED pads should be positioned at least 3 cm away from it. Pacemakers can be slightly visible beneath the skin, right below the collar bone. They look like a small bulge beneath the skin. If the pacemaker itself is not visible, there is usually a scar from the implantation surgery. 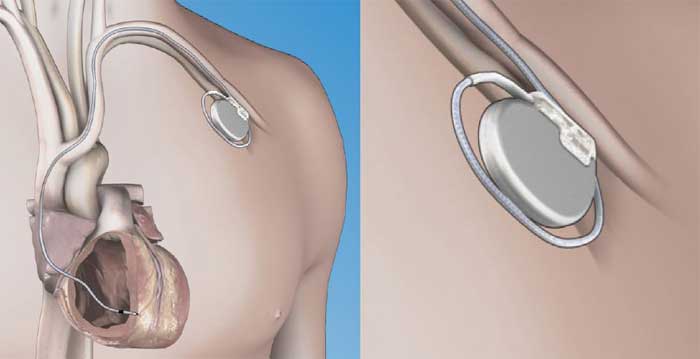 However, the modern devices are getting smaller and smaller, so you should not rely on the fact that you will see if a person has a pacemaker. Some patients wear a rubber band bracelet that says they have the pacemaker in case of a cardiac arrest.

In order to use the AED on somebody with a pacemaker, you need to do the following:

Can You Do CPR on a Person with a Pacemaker?

A pacemaker is made to control the arrhythmias such as ventricular tachycardia and ventricular fibrillation. It does not control the systole of the heart. If the heart stops, which usually means that there is something wrong with the systolic functions, CPR is the only thing that can help it work.

Pacemaker releases mild current to the heart and it should not penetrate the skin, so you should not feel the current while performing the CPR. However, try not to put pressure on the pacemaker itself and try to avoid it in your efforts to restore the systole.

Can You Use an AED on a Patient with a Transdermal Medication Patch?

Yes. It is possible to use an AED on a patient with a transdermal medication patch, but you should not place the patch between the AED pads and the patient’s body. That will prevent the necessary amount of electricity to reach the heart and restart it.

Some transdermal medication patches should be removed entirely before performing the defibrillation, while for some of them it is enough that the AED pads should be positioned in a way that the patches are not covered by them. Some of those patches contain metal that can cause burns on the patient’s skin if the electricity is released directly onto them. Therefore, the safest course of action is to remove them prior to AED use.

Transdermal medication patches are patches that stick to the skin, similar to band-aids, but these patches administer different medications into the bloodstream. They are rarely something that will put the patient’s life into jeopardy if removed. Therefore, their application is not the highest priority in cases when defibrillation is necessary.

Portable AED for a workplace is an investment that can set you back at least $2,500. If the workplace is big, then one AED is not enough, as it should always be close and handy. Of course, life is priceless, but your company doesn’t have to make investments like this if there is a more reasonable alternative.

Alsco New Zealand offers easy-to-use portable defibrillators that even untrained personnel can use. The best part is – you can rent them. Alsco staff comes to your company installs the AEDs and regularly comes to checks, making sure they work properly. All that is included in a monthly flat rate.