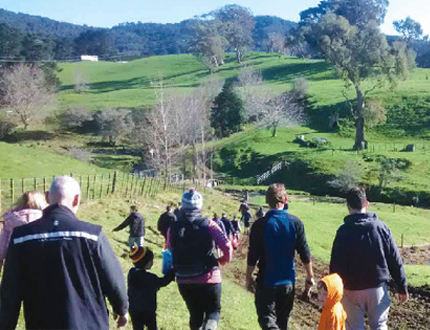 Did You Know That Alsco Cleans Up Rivers

Million Metres is led by the Sustainable Business Network (SBN), in partnership with the Department of Conservation.

Its aim to is to support communities to replant one million metres of New Zealand waterways by 2026. Alsco is an SBN Member, joining more than 500 other business finding ways to change the way we work to put people and planet first.

This winter, Alsco staff joined Million Metres at planting days around the country. More than 130 Alsco staff, family, and friends from five branches got stuck in. Together they contributed more than 300 volunteer hours to the effort.

Along with volunteers from local community organizations and other business, they helped get an impressive 3,900 native plants in the ground along 1480 metres of waterway:

Throughout the year Alsco has also donated $3,000 to eight waterway restoration projects around the country, via Million Metres crowdfunding platform (www.millionmetres.org.nz) 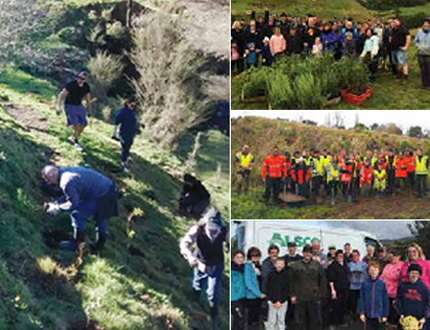 As the trees from these projects grow they will shade and cool the waterways. They help protect the waterways from soil erosion and pollution and they provide habitat and food for native birds and fish.

The Million Metres project is gaining momentum all over the country. It has now raised over half a million dollar for 25 waterway restoration projects across New Zealand.

“What is underway is a vital shift in the way New Zealanders relate to their streams, rivers and lakes,” she says, “It wouldn’t be possible without partners like Alsco.”

“It’s so great that Alsco staff and their families have given their time and energy to this. We look forward to doing more!”

Gavin Smith is Business and Product Development Manager for Alsco. “Million Metres is a wonderful partnership for Alsco. It is something our employees, families, suppliers, and customers can really relate to and there is a genuine energy associated with our involvement. It is fantastic to see kids, parents and friends join our teams for these plantings. Not only do they enjoy participating, but we know we are making a positive and tangible long term environmental impact, and that flows onto social goodwill and community pride,” he says.

“Alsco is a large user of water and we want to do whatever we can to minimise our impact on the environment. Our support of the Million Metres initiative is a tangible and collective action by our teams nationwide that is creating a real social, environmental, and economic difference. We are really grateful for all the wonderful support and feedback from the wider Alsco family in relation to our contribution to Million Metres.”