8 Ways Working Night Shifts is Putting Your Health at Risk 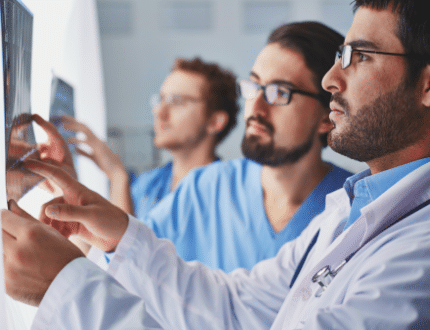 Did you know that lack of enough sleep, as well as lack of exposure to natural light, can seriously affect your productivity and even health?

Those are the reasons why a lot of businesses advise their employees to have good sleeping habits. They also try to introduce as much natural light into their offices as possible.

Sleep is responsible for the repair and healing of a person’s heart and blood vessels. That is why a

That is why a severe and ongoing lack of sleep is linked to increased health risks including heart disease, stroke, diabetes, workplace injuries, and depression.

While these hazards are no longer a secret for people whose jobs require shift work, many still can’t completely give up working at night. Some jobs often require employees to work at night – these include:

Because it is part of their jobs, these employees have to fight their bodies’ natural need for a rest at night and instead, stay awake, focused, and working.

This can be very difficult because working at night runs against the body’s natural circadian rhythm. This fight is not without its casualties, and unfortunately, the greatest casualty is one’s health.

What is The Circadian Clock?

The circadian clock is basically a timer that lets glands in your system know when it’s time to release certain hormones. It helps control your mood, your alertness level, your body temperature, and other aspects of your body’s daily cycle.

Every human’s vital signs are regulated by the circadian rhythm. This includes our sleeping and waking cycles.

These regular periods of change are important to ensure correct bodily functioning. This rhythm depends on external cues such as natural light and darkness to determine whether to start or end different functions.

Humans have evolved to be naturally active during the day when we perform all our daily activities, and inactive at night time when we head home and get a good night’s rest to recharge for the next day.

This circadian rhythm in our bodies matches the daily natural light/dark cycle of every day. This rhythm can be disrupted or thrown off when a person is continuously exposed to bright lights during nighttime and darkness during the daytime.

Aside from this disruption to your body clock, there are still a lot of health risks involved in working at night. So, how does working the night shift hurt your health?

1. It robs you of good quality sleep

Humans recharge through rest and sleep and the night time is the perfect time to do it because it’s dark and quiet.

For people working at night, their serotonin or “feel-good hormone” can drop to drastically low levels. These people may also suffer from the effects of circadian disruptions as they are trying to stay awake while working.

This leads to lower sleep quality of these employees even when they finally get the chance to rest. Anyone would struggle to function properly after just one poor night’s sleep, let alone days, weeks, months, or even years of continuous insufficient sleep.

This problem builds up to what we call ‘sleep debt’ – the snowballing effect of not getting the right amount and quality of sleep over a long period of time. And obviously, the only way to pay up all your sleep debt is to establish a proper sleeping habit and get sufficient amounts of sleep.

2. It Increases the Risk of Diabetes

The lack of sleep affects the hormone levels in a person’s body as well as his body’s ability to regulate and metabolise glucose. If a person is excessively sleepy all the time, it is more likely that they will gain weight and has a higher risk of having type 2 diabetes.

According to a study published in the journal Occupational & Environmental Medicine, it is men who work at irregular hours that are more likely to develop diabetes because of the impact of this nature of work to a person’s insulin activity.

This explains the reasons behind the relationship between insufficient sleep and the risk of diabetes.

3. It Ups Your Risk of Obesity

Not getting enough sleep or sleeping “against” the body’s biological clock could increase a person’s risk of becoming obese.

This is because the lack of sleep can slow the metabolism down drastically and change the way your cells respond to insulin. This makes the body use less energy in performing simple tasks like eating and breathing.

Not enough sleep encourages weight gain by slowing the rate at which calories are burned, as well as by boosting hunger. People who get insufficient sleep tend to eat more than they actually need.

4. It Puts Women at Risk of Breast Cancer

According to a study published in the International Journal of Cancer, severe lack of sleep caused by working the night shift raises the risk of breast cancer in women by 30%.

Women who have worked the night shift for least four years, including those who worked night shift three times (or fewer) per week, are at the highest risk because their daily rhythms are often disturbed.

Basically, anyone with a disrupted biological body clock due to shift work, also known as circadian rhythm disorder, is probably at risk.

Researchers suspect that the reason behind this link is the fact that the body’s internal clock controls so many important biological functions.

Cancers grow faster when a person’s wake/sleep cycle is manipulated and the production of melatonin by the pineal gland is suppressed due to light exposure during the night.

5. It Results in Negative Metabolic Changes

Massive lack of proper sleep can throw a person’s metabolism into disarray. When a person works the night shift, the levels of leptin hormone in their body drop. Leptin plays an important role in weight regulation. It also affects blood sugar and insulin.

Night shift workers will have their bodies become resistant to insulin. This is a condition that usually kicks off serious health problems including ones we’ve mentioned above: weight gain, diabetes, and even cancer.

When a person who gets normal sleep and has a healthy body takes in sugar, insulin is released by the pancreas which then travels throughout the body. It signals cells to absorb some of that new glucose.

However, when a person’s body becomes resistant to insulin, the cells will become less responsive to those signals. This result in rising glucose levels in the bloodstream, leading to diabetes, damaging other organs like the eyes, nerves, and kidneys.

6. It Increases the Risk of a Heart Attack

Did you know that a healthy heart starts with a good night’s sleep? Now that we have linked lack of slep to a number of scary health problems, it should no longer be surprising to find out that it also has negative effects on the heart.

This raised risk seems to be independent of lack of exercise, a healthy diet, and other obvious causes. In fact, the World Health Organization (WHO) has already warned that sleep deprivation increases the risk of heart attack and that it is just as dangerous as smoking and prolonged sitting.

7. It Leads to Workplace Injury

Employees working night or graveyard shifts that haven’t been getting sufficient amount of sleep are more prone to work-related injuries than those who work during the day.

This is due to the disruption of a person’s normal sleep patterns that can cause fatigue or drowsiness which will get.

8. It Can Lead to Depression

Night shift work also has an impact on mental health. A study in the International Journal of Occupational and Environmental Health discovered that, in comparison to the day shift workers, depression occurred at a much higher rate among those who worked at night.

In a study in the International Journal on Disability and Human Development in 2008, researchers discovered that shift work tends to increase a person’s risk of developing mood disorders.

In fact, there is a form of depression that is related to insufficient to a complete lack of natural light stimulus in the daytime. It is called Seasonal Affective Disorder and is common in places that have extremely short days during some seasons, like the winter.

This disorder is linked to circadian rhythms being interrupted by light periods that are too short and is treated using bright light therapy.

In a study conducted at John Hopkins University, researchers tested how disruptive light/dark cycles affects mice. The study revealed that the mice showed depression-like symptoms after they were exposed to darkness and light in alternating, 3.5 hour duration cycles.

This result suggests that when shift workers sleep in dark rooms during the day and work under bright lights at night, their internal and external circadian rhythm factors are being pitted against each other. This results in a depressive state that can be compared to seasonal affective disorders.

While it may be unfortunate that night shifts cannot be completely avoided in some industries, it is important that companies provide quality care for the health and safety of their night shift workers.

Alsco offers health and safety solutions for the workplace with its first aid packages. We also offer managed rental services to give you complete peace-of-mind that your workers are going to be safe at work at all times. Call us today!