An exciting project to enhance an area of unused open space on New North Road is off to a flying start.

An enormous mural has been painted on the wall of the Alsco building by Auckland artists Charles and Janine Williams. The artists chose two Putangitangi ducks moving forward in unity to symbolise the lifelong partnership between Maori and European. 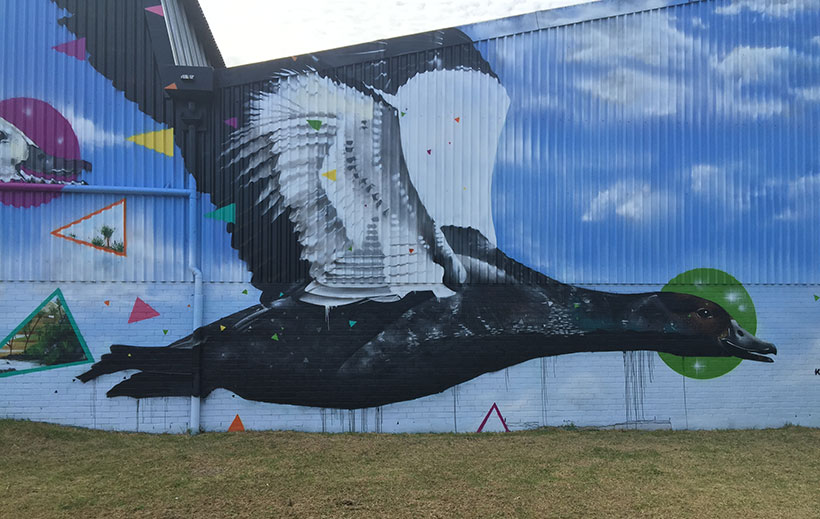 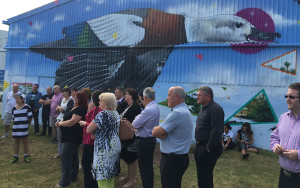 First discovered by Captain Cook in Dusky Sound in the 1770s and known as Paradise ducks, Putangitangi stay together for life and they would have been endemic in swampy parts of Auckland in colonial days.

Often working till midnight to complete the project, the well-known artists completed the mural in 5 days straight in the hot January sun. The challenging project involved painting over brick, corrugated iron, drainpipes and guttering on the building frontage.

Gavin Smith from Alsco said the artwork is already attracting a lot of attention and positive discussion. “We see heaps of cars slowing down to look too.” 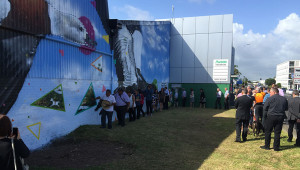 A blessing ceremony was held on January 19th at 9.30 am and over the coming months, a pocket park currently being developed for the site in a private/public partnership will be installed.